The chief of a Michigan police department is asking for forgiveness after it was revealed that his force has been using images of Black men as targets at the force’s shooting range.

The photographs were shared last month to Facebook by lawyer Dionne Webster-Cox, who said she was posting the images on behalf of a family who was on a tour of the Farmington Hills Police Department as part of a Boy Scouts field trip.

One of the photos shows hanging targets of Black men holding weapons. Children are pictured crowded around one of the targets. 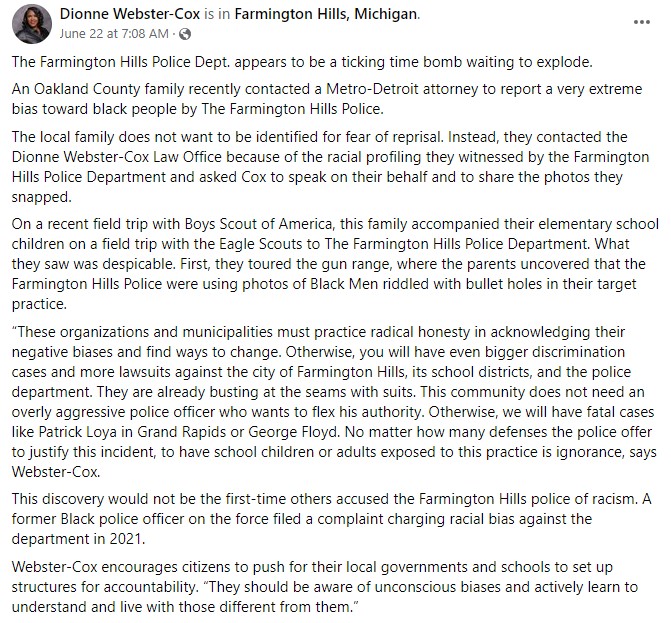 “This community does not need an overly aggressive police officer who wants to flex his authority,” said Webster-Cox in a Facebook post. “No matter how many defenses the police offer to justify this incident, to have school children or adults exposed to this practice is ignorance.” 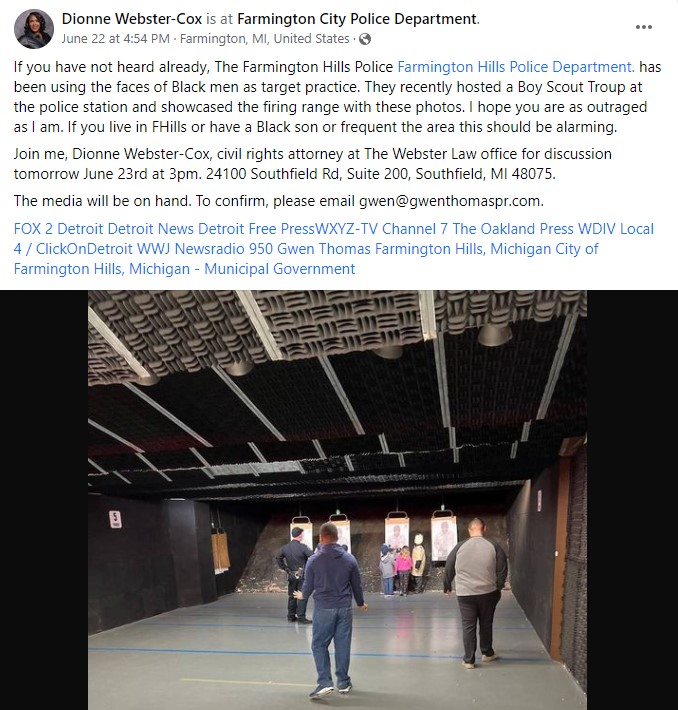 Webster-Cox said she is not sharing the identity of the family who sent her the photos, but told CNN affiliate WXYZ that they asked her to “speak on their behalf.”

“I’ll take this one on the chin, I apologize to each and every person in this room, this community, my department, my city council, my city manager,” he said, according to CNN.

The Guardian reports that King added that the use of the depictions are compliant with the Michigan Commission on Law Enforcement Standards, and that the targets used for training are 85 per cent white and 15 per cent Black.

Farmington Hills police officer Kevin Clark defended the use of the targets to WXYZ, saying officers shoot at black, white and grey targets, and the use of images of racialized people is to help officers work through implicit bias.

“I have never been trained to shoot at any particular race, gender, age, or anything of this nature,” said Clark.

A parent on the field trip told the outlet that they see it differently.

The City of Farmington Hills said in Facebook statement that after a “comprehensive review” they found that the department uses 11 white targets and two Black targets. 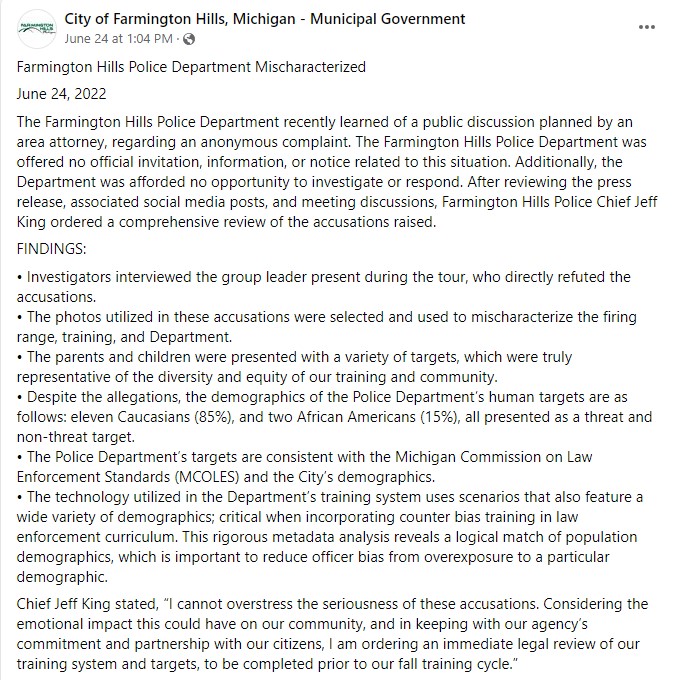 King apologized to the Scout troop during last week’s council meeting “for not providing a full explanation of those targets.” In addition, he said he would be ordering an immediate legal review of training systems and targets, to be completed before the fall training cycle.

Mayor Vicki Barnett told CNN that the targets have been taken down while the city conducts its review.

“We have been told there are reasons those images are used to address implicit bias in training, but we believe it’s important to understand the full context in which they are used,” she said. “We will also be comparing our training practices with regional municipalities and providing a full report on our findings to the community.”